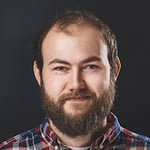 We’re sharing the story of Filip, who joined our team a few years ago. As an Android Developer, he smoothly went through the proccess of onboarding, and described his impressions after a month of work. Today, we’re reading them with both sentiment and pride. And we’re sharing his original text for everybody, who would like to join our team some day.

Our recruitment procedures have developed since then. We believe the value is the same or even bigger, but the process is not quite the same.

Here you can find our 2020 recrutiment process (in Polish).

It was a regular day at my job when I received a job offer from Dominika, a hiring bee from BeeTalents. If you’ve ever worked in IT, you probably know what I was about to do with the mail. As a rule, my daily job offers goes directly into thrash or, if they’re somehow interesting, I spend a while to respond with a polite “NO, thanks, I’m happy with my work.”

This time, however, the offer was quite different. To my surprise, the recruiter did some serious research — it was clear that she created the Android Developer job offer just for me, with no copy-paste patterns and cliche structures. A small thing, you would say, but actually it made me quite curious…

So, I agreed to get a call. During a short talk, I got some more info about Untitled Kingdom and its culture. As I was quite accustomed to corporate bureaucracy, I liked the idea of lean culture and agile development. And I was happy to get invited to the company’s HQ for the next-level recruitment meeting.

After a quick chit-chat with Paul, an Android developer, we moved on to pair programming. While we were going through the code, a few questions came to my mind. Those were answered thoroughly and with a lot of enthusiasm. I also answered Paul’s questions, which were quite challenging for me, as I haven’t been interviewed for at least two years… Uh. That was my first contact with OSX, but actually, it went pretty well.

The “culture talk” which was the second part of the meeting, started with a short sum up of the technical part. I got an overall feedback on the code and additional info on how I can potentially help the company etc. I was there, sitting in disbelief. Seriously? Don’t you want to send your feedback via mail or just keep what you think to yourself? — I thought. But actually this is one of the golden rules at Untitled Kingdom — complete transparency, which is, well, “not so common” in the corporate culture.

What surprised me was that during the talk, Untitled Kingdom CEO, Peter, asked me how I thought the development process should work. And it was not one of those tricky questions - he was truly curious about my insights and personal opinion.

The semi-technical intro was finished with a more light-hearted discussion about books & movies — guess it was just to know what kind of person I am. I admit I was so stressed out, that I really think my answers made no sense at all. Mystery Vibe or Elvie in your hand during the interview also didn’t help me concentrate… I assumed I just screwed it up. I left Untitled Kingdom HQ, thinking about all those stupid things I’ve said and got home.

Ok, it’s not what you expect on your job interview, is it? :)

Final decision — faster than I thought

Surprisingly, after two hours I got a call that I got in. So now, it was up to me whether to stay in my cushy position in a worldwide corporation or to take a go at Untitled Kingdom — boutique software studio with a fixed motto to keep the team cameral. Finally, I decided to step out from my comfort zone and change the world of strict documentation to lean approach.

As It was also described in the previous blog post on: One month of work at Untitled Kingdom: the diary of a new hire, my day one was all about company’s culture, processes, etc. I had a one-to-one talk with each person responsible for the particular domain. Also, Peter told me about the company’s history, and I got a really cool welcome gift.

Part of my welcome gift

Next day I got my Mac. As I had no experience with Apple, It took me a while to get used to its features and shortcuts. The first week was full of the learning. I was getting familiar with all the projects, not only mobile but also web ones. I didn’t get my own welcome Buddy (now new employees get one), but I had a feeling that whole team did their role. It really didn’t take long for me to feel a part of the community.

After a first week full of browsing Android apps code, pair programming sessions and getting my head around everything, I got my first own task! It wasn’t big, but it let me join the process, daily calls with the clients, problem-solving, brainstorming, discussions. It made me feel really proud.

When I finished this small task, I immediately got a bigger one — the whole networking layer refactoring and tests improvement in one of the coolest apps we’re developing.

At this point, two things hit me the most: The first one was trust — after two weeks I was allowed to change the core parts of the app, and everybody just believed that I’d manage to do it right.

The second one was that I actually could take my time for coding. Although there are no strict rules here, everybody knows his place and knows what to do. So, when my task took me a little bit longer than I previously estimated, our Project Manager Greg just told me “keep going, it’s cool, it’s normal.”

I was developing new features and felt a regular member of the team. It obviously took me a while to get used to lean approach, but actually, I found out that such working manner gives me a lot of time for coding and boosts my creativity. To say more, I really liked how much the team was integrated. People at Untitled Kingdom not only like to work with each other but also spend their free time together when only the opportunity happens. And this is much different from what I got working in a corporation.

After a month of work at Untitled Kingdom, I can firmly say it was worth it all. Everyone knows their work here, which gives no place for micromanagement. Also, it’s absolutely rewarding to feel how much my work is appreciated — at Untitled Kingdom I’m a part of a savvy agile team, far from parroting the documentation procedures. And believe me — it’s freaking motivating. 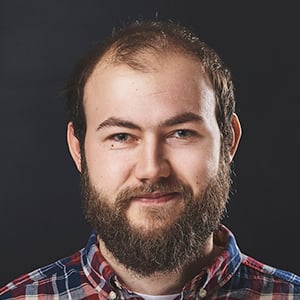 Biomedical Engineer with a programming drive - combines those things while building software for medical devices. Loves exploring Asian countries and Android Bluetooth API as both are full of wonders. Weird anecdotes storyteller, like… really weird.

Read full post: Confessions of CEO: What makes a story worth telling?

By Piotr Zając, on September 5, 2022
Confessions of CEO: What makes a story worth telling?
Read full post: Proudly announcing: Untitled Kingdom is now a part of the top 7% of global software engineering vendors at Pangea

By Aleksandra Szuwalska, on July 20, 2021
Proudly announcing: Untitled Kingdom is now a part of the top 7% of global software engineering vendors at Pangea
Read full post: My Path From a Civil Engineer To a Product Designer 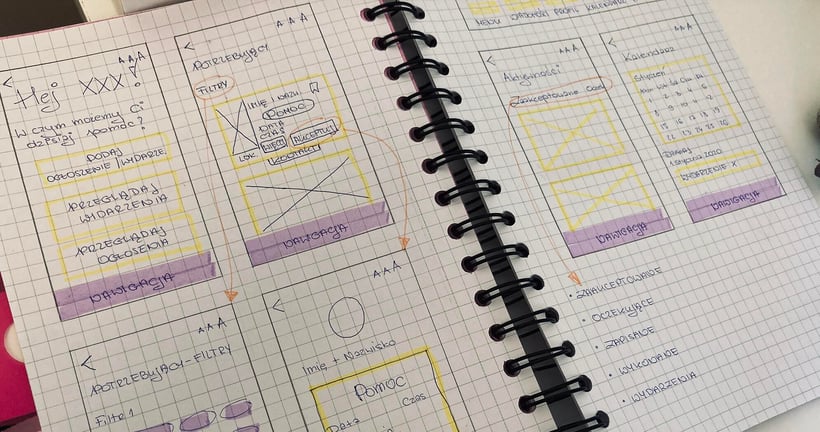 By Karolina Klimek, on May 26, 2021
My Path From a Civil Engineer To a Product Designer