When should you think about App Store Optimisation? 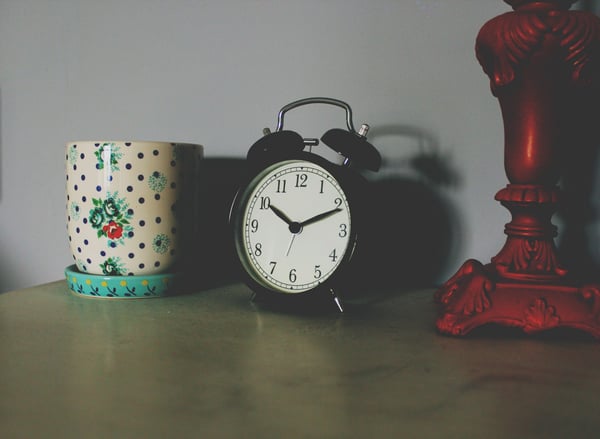 Often when speaking to customers that are interested in doing App Store Optimisation for their app, I hear that right now they are in the app development phase so it will have to wait until they’re done with building the app.

What’s wrong with this thinking?

Why shouldn’t you wait with App Store Optimisation until your development is done?

First of all, thinking that only optimising your keywords and app store page elements, directly influencing app store position is enough to get on top of search results is taking away your chance of actually getting there.

In Untitled Kingdom we believe that only using a holistic approach to creating an application can bring satisfying results. By a holistic approach I mean not only a great idea and code or app store page optimisation & effective marketing but also everything that makes the app easier and more enjoyable for the user. There are plenty of apps that are a result of great idea. They’re functional, they look good, they’re needed. But people who stand behind the product don’t try to understand the people that are using the product and typically if they do they try to do it by guessing what’s right, without backing it up with actual users’ opinions and behaviours.
Yes, elements like onboarding process, notifications, permissions and rating requests do not influence your app store position directly so you may think they’re not really part of App Store Optimisation but they do influence users’ retention and install to usage ratio and for us this is full ASO.

Take a look at this table created by Sourcebits. Those are main factors that influence your app store position for both iTunes App Store and Google Play.

As you can see, top spots in both app stores are covered by your app store page and the use of your keywords but what matters too are:

It means that you don’t stand a chance against your competitors if you don’t take care of your users, no matter how great your app store page is optimised to your keywords. Without a good idea for rating and permission requests, notifications and probably most importantly onboarding process, you’re missing out on putting your app out there. In fact, neglecting any part of your application, whether it’s ASO, onboarding, marketing and PR or UX, will almost certainly affect all your other efforts, and not in a good way.

Should you think about App Store Optimisation before your app is even done?

Okay, so it’s clear that App Store Optimisation is not just app store optimisation and there’s more to it than previously thought, but why should you think about it before your app is even done?

In a perfect world, your time to develop the perfect app would be unlimited but as we all know, that’s usually not the case. Incorporating onboarding process and planning your permission and rating requests in the early stage of development will allow you to avoid fixing the code once it’s all up and running by getting it right the first time. It will not only save you loads of cash, but when asking your friends to test the app before it’s released, you will see what parts can be problematic for users and catch it early enough to fix it while it’s still in development phase.

Not that long ago, here at Untitled Kingdom we created an app but because of budgetary constraints, the development had to stop earlier than predicted. Thanks to keeping in mind not only the functionality of the app but also App Store Optimisation and onboarding during the planning and designing phase, we were able to release a fully functional and user friendly application that was built right from the very beginning. If we waited with all this to be implemented after we completed development, we would have an app that more than likely nobody would ever even use. Sadly, this is often how great ideas and tremendous effort to create an app ends up falling flat & becomes lost somewhere in the app store.

If you think ASO means choosing keywords, writing nice app description and adding some pretty screenshots to your app store page then by all means, wait till the end of development phase. But through experience I can strongly recommend that treating App Store Optimisation as an inherent part of your app and something that is equally important to the features and code quality. Something that doesn’t come after the app is done but starts as early as planning your app.