[Video] Is it profitable to invest in women’s health? Data and trends

Investments in FemTech are, without a doubt, increasing. Only 5 years ago, barely $100 million in funding went to startups focused on women’s health. By 2025, FemTech is expected to reach $50 billion. According to a HITLAB report, in 2019 alone, FemTech companies have raised at least $241 million in venture capital funding. Projections put this year at a total of $1 billion in funding, far surpassing the 2018 record of $650 million. [1]

We were speaking about it more during STATE OF FEMTECH+ | Is it profitable to invest in women's health with Rachel Braun Scherl from SPARK Solutions For Growth, Dr. Brittany Barreto from FemTech Focus, and Cheryl Cheng from BlueRun Ventures. Watch the entire live video:

As far as financing is concerned, the low level of support for FemTech, especially at the beginning, may be due to the fact that women are underrepresented not only in the healthcare industry, but by VCs too.

According to the Kauffman Foundation, private tech companies with women at the helm achieve 35% higher ROI than those led by men, but in 2018, companies with all women founders received only 2.2% of VC funding. And the gender breakdown in the VC world itself may be to blame: Women make up only 9% of venture capitalists working with startups. Finally, only about 4% of funding for healthcare research and development is invested in women’s health globally. [1]

This confirms Lexology’s Emily Gilmore’s statements that most venture capital firms are run mostly by men, and few are able to talk about women’s health because of the prevailing taboo, making it harder for them to ask questions about products, technology and funding for FemTech solutions they don’t understand. [2]

First unicorns on the market with female founders

Let’s start with the great story of Rachel Braun Scherl:

“Regarding fundraising, I have spoken frequently about our experience trying to raise money during an enormous financial downturn with large companies failing coupled with upheaval and fear. And we were talking about female sexual health - which investors were not comfortable with in the first place. With my business partner, I had 13 meetings in two days in Silicon Valley with potential investors. In the first two meetings, we could hardly get the partners’ attention as they were too busy backslapping, making jokes and snickering about their own sexual escapades. They did not ask the important, penetrating questions that would indicate some interest on their part and desire to have additional discussion. With 11 meetings left and little sign of any follow-up meetings, we changed our strategy. Maybe through dumb luck or divine intervention, I discovered that I had $100 bill in my wallet. In between meetings, Mary and I developed a different strategy to try to get the investors’ attention. As we walked into the next pitch meeting, we pulled the $100 bill out, as planned, and I slammed it onto the table with a resounding thwack, then paused for dramatic effect. I made our planned opening statement. ‘Here is a hundred-dollar bill. If anybody here makes a double entendre or joke that we haven’t heard before, shares a sexual innuendo that makes us uncomfortable, asks a question about the category that we cannot answer, or even makes us blush, this hundred-dollar bill is yours’. I paused again—a pregnant pause (pun intended). And then delivered what we intended to be a knock-out—the real opening salvo. ‘She likes it more. She wants to have it more. Now let’s talk about the business model’. Total and complete silence. We finally had their attention and over the course of the business’s life raised tens of millions of dollars. With more creative sources of capital - funds investing only in diverse founders, funds specifically for female health and ones that only invest in women - we are making progress”. 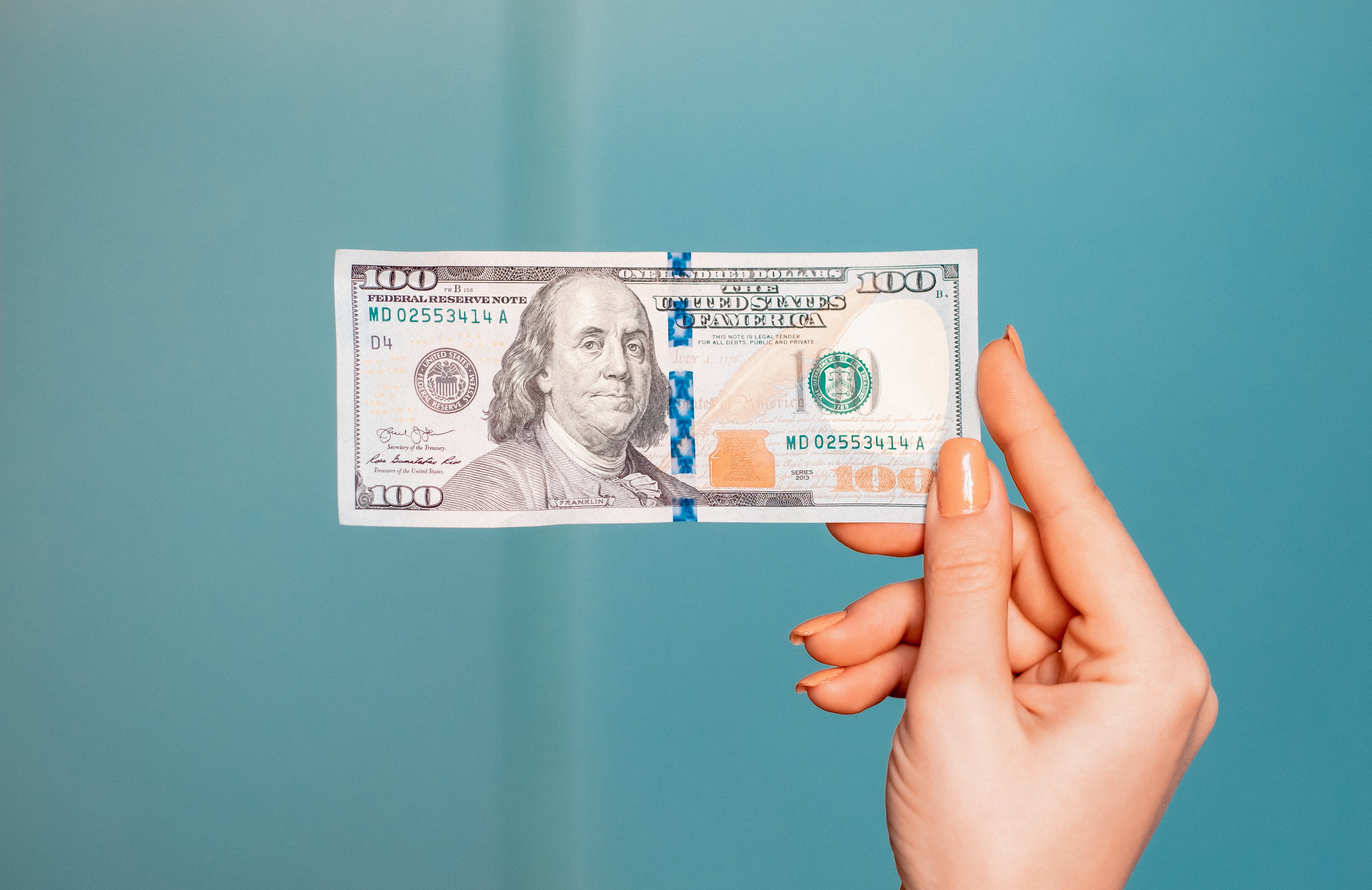 Photo by Omid Armin on Unsplash

The fact is, women receive less funding than men. One reason may be that only 9% of VCs are women. A study published in 2018 by the Academy of Management Journal showed that investors of both sexes have more doubts about financing companies managed by women. Women founders get more detailed questions about what they have already achieved (because they are afraid of potential losses) when men founders get questions about their ambitions (and anticipate potential growth in their businesses). However, the approach of VCs and their attitude towards funding women’s startups is changing. This trend is supported by highly successful companies such as Tania Boler’s Elvie, which received a $42 million round of financing in 2019. [3]

Unicorns worth over 1 trillion dollars can also be proud of their successes. In 2018, there were 12 unicorns on the market, in which there was at least one female founder. In 2019, FabFitFun, the first business established by women selling lifestyle subscription boxes to women, achieved this status.

Until FemTech distinguished itself as a separate category from digital health, market solutions focused theoretically on the problems of all. Still, as experience has shown, men’s health issues have been mainly addressed. This is evidenced by the fact that the first full and anatomically correct clitoris drawing was made in 1998.

In the first wave of solutions for women, startups focused on areas that clearly distinguish women from men in terms of physiology and reached young people using modern technology. At the very beginning, these were applications and devices

related to menstrual health, fertility tracking, pregnancy, and breastfeeding, which were to violate the taboo as little as possible.

Then there were solutions for women who fought against common female diseases, and for such things as pelvic and uterine care. Only in the next wave of FemTech, along with the growing awareness of users and increasing medical knowledge, solutions focused on improving the mental and sexual health of women began to appear, as well as their general wellness, nutrition, or fitness.

Recently, SexTech aimed at women has been a broader topic for discussion, as has menopause. We anticipate that this will be the most influential trend in coming years, associated with fewer taboos and the fact that more older people use technological solutions.

Why is it profitable to invest and develop FemTech products and services?

Research shows that 66% of female internet users look online for healthcare information. Besides, women are 75% more likely to use digital tools for healthcare than men. [4]

This is the ideal moment to enter Fem-Tech, because it’s not yet oversaturated and it still has niches where there is little or no competition. At the same time, it is recognizable enough to attract VC’s, as they know that FemTech is worth the investment. Further development of the industry is supported by examples of companies such as Elvie, which have been successful on the market and receive huge financing.

We can clearly see that there’s still a lot to do in fighting taboos and closing the gap in access to medical care and knowledge. The path is already there and you can use the tracks that have already been laid. As Reenita Das says: “At least the next three decades will be marked by women. Thanks to the solutions available on the market and increasing their awareness, their way of taking care of their health will change”.

Which segments of the FemTech industry will be on top?

Even though most of FemTech’s existence has focused on menstruation and fertility, it is now starting to move towards less comfortable topics, which are still taboo. We foresee more and more solutions for women with menopause and for sexual health that are not only focused on treating illnesses but also on giving women pleasure.

The most important thing is to make them understand through education that as Terence wrote, “I am human, and I think nothing human (=female) is alien to me”, nor should it be a cause for shame. This not only concerns disease, menstruation, and menopause but also separate health and sexual needs.

Another necessary field for development is research on women. Still, most data, diagnoses or medicines are based on male tests, even though women react differently to some treatments or drugs, especially at different stages of the cycle. We know that many diseases manifest themselves in slightly different ways in women and men. Such a data gap is very harmful to women, often with fatal consequences.

Learn more and download ebook "The state of FemTech" 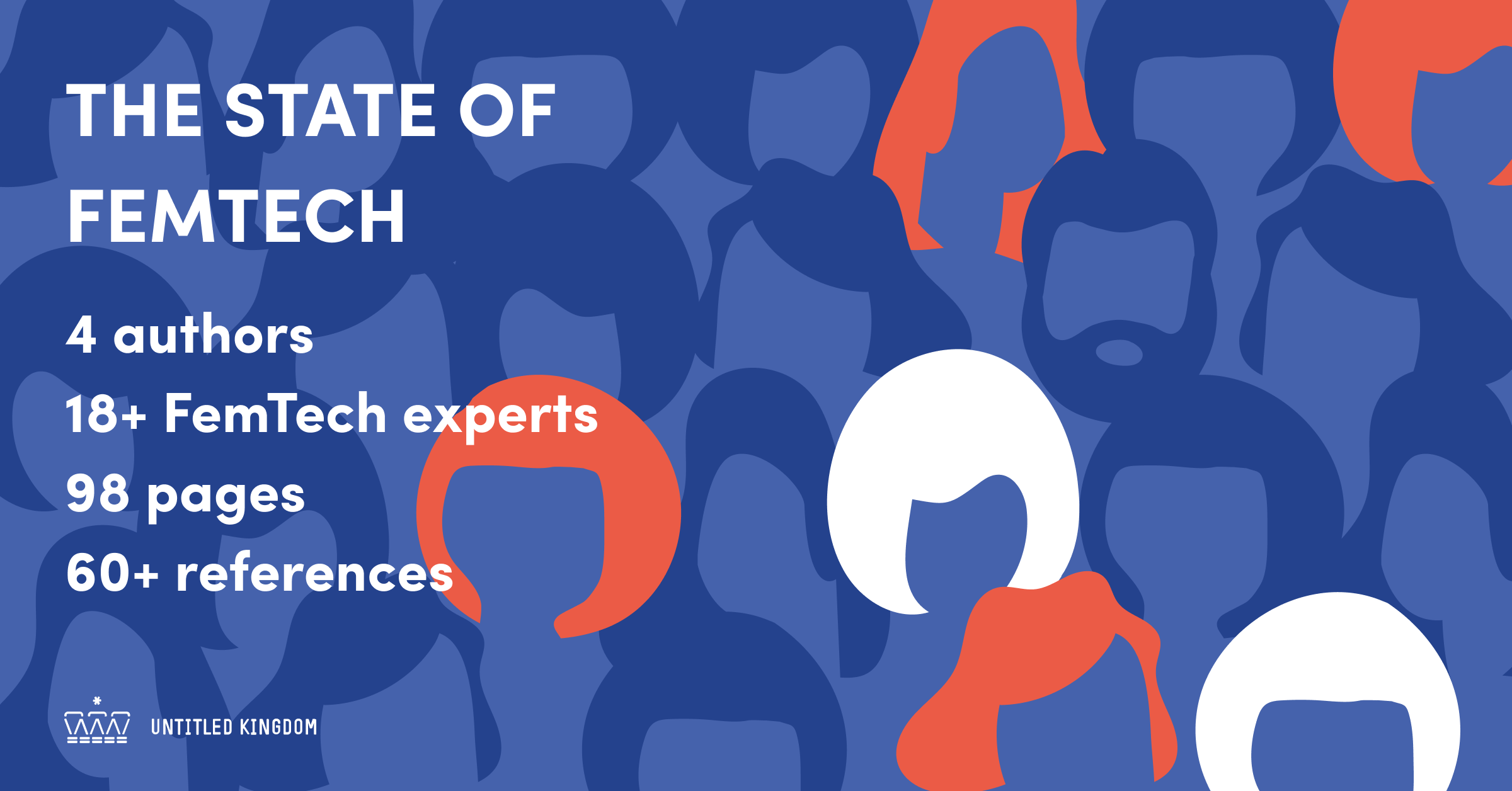 [1] Femtech by the Numbers: The Rise of Innovation in Women’s Health Technology, https://www.hitlab.org/blog/femtech-by-the-numbers (December 18, 2019).