Whether your mobile application is for iTunes App Store or Google Play, without optimisation, it doesn’t really stand a chance against millions of apps already featured in those two biggest stores. Each store has bit different rules for positioning iOS or Android apps in search results, although the general factors are pretty similar.

In this article, I’ll highlight the main differences and similarities between those two, and hopefully give you a better idea on how to optimise and get on top everywhere you can. 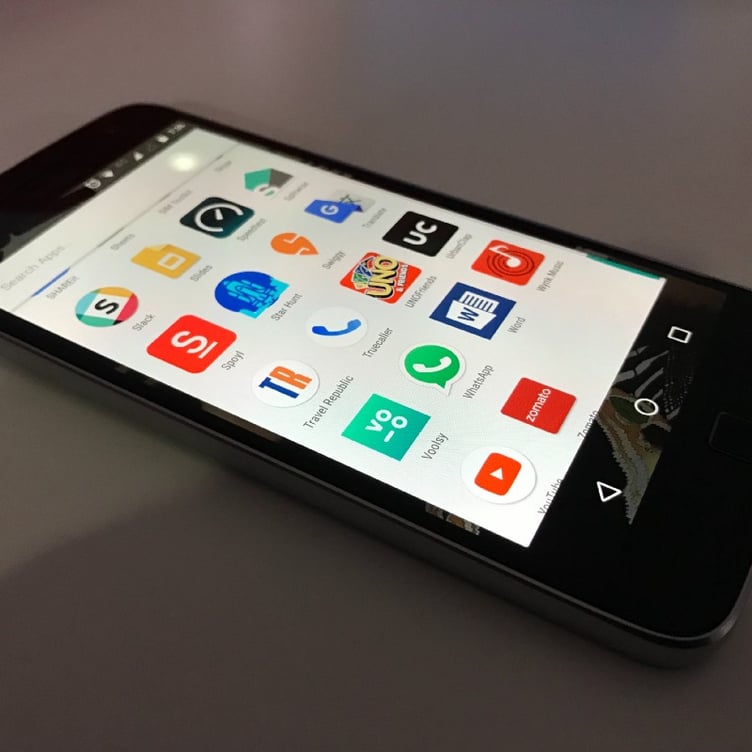 There are many ways to compare the two biggest app stores, but the most common statistics are the number of apps in each app store and the number of downloads. These figures grow rapidly from the moment the app stores opened their doors.

So, how to make your iOS and Android apps shine in app stores?

Competing with so many mobile applications, it’s not easy to get on the top of the lists. Things get even tougher if you’re trying to keep up with the big apps with huge marketing budgets, like Facebook or Snapchat. But, in fact, outperforming even the most popular apps is not impossible.

To do so, you obviously need to know the app optimisation store rules. Actually, for both app stores, most optimisation factors are pretty much the same, but their hierarchy differs showing the general idea of what’s more important for which store.

For both app stores, Application Title is the most important factor. It can be up to 30 characters long in Google Play, and 255 characters long in iTunes. In App Store, putting a keyword in the app title can improve application performance by 10%. As a rule of thumb, people put the most important keyword in the title. But using the most popular phrases (with higher traffic & higher competition rate) here probably won’t influence your search results as much as you would expect. For better results, select something less competitive, that describes your mobile application and gives you a chance to get on top.

Both in iTunes App Store and Google Play, choosing the keywords is pretty similar. In both cases, you need to use Google Console (or any third party application) to analyse the number of searches for each keyword.

Unfortunately, this process is not as easy as it is in case of websites.

The difference is, in iTunes, you don’t only implement your keywords in the title, description, etc. You also get an additional tab for your keywords string (100 characters limit). The keywords, however, are becoming decreasingly important in App Store (just like Google minimalised the influence of tags on websites on the SEO ranks).

In Google Play, your Android application is ranked basing on the analysis of the copy (quality, keywords, etc.). No additional place for keywords string is provided here.

In iTunes app store, application description is not searchable. Although it’s very helpful when it comes to grabbing user’s attention, it does not influence your ASO.

Things are different in Google Play. Here, high frequency of your main keywords in the Android app description influences your ranking positions. But be careful. Remember, that neither your users nor Google likes “keyword stuffed” texts. Use your keywords naturally — if it doesn’t fit in some place, just skip it.

In iTunes App Store, categories are different than in Google Play. What’s more, in iTunes, you can pick your primary and a secondary category. When you do so, your mobile application is displayed in both of them. Before it happens, Apple reviews the app to check if it really fits its categories.

In Google Play, on the other hand, you can select only one category and one app type, but it’s entirely up to you where your app is listed. So, once you have chosen your keywords, search them and analyse the categories of the top results for each keyword. It will help you pick the best category for your mobile application.

It’s the first thing your users see and the one that pushes them to stop scrolling and click on your app. It’s enough to make you care for the icon, right?

App icon matters equally for both app stores. Since it’s immediately associated with your application, it’s best to keep it identical for iTunes and Google.

Keep your icon as simple and catchy as possible. It should be incisive enough to grab user’s attention both in the app store and on the device screen.

Avoid putting the name of your app in the icon. It will be displayed right next to it anyway (or below it, when using a phone).

Another super-important visual element, which attracts people looking at your app store page.

Obviously, both app stores find your screenshots important, but their main function is to draw user’s attention.

Let’s say you know nothing about the mobile application. you look at its icon and screenshots, which don’t look anyhow impressive. Would you spend an extra while to dig into the description? We both know the answer.

Also, remember that consistency between your app icon and its graphic design is one of the most basic aspects of proper mobile app design. Combining a minimalistic icon with a flippant design presented on the screenshots definitely won’t make the users love your application.

Why do ratings and reviews influence App Store Optimisation so much? Because what really counts in the end, is your users’ opinion, not yours.Their feelings, ratings, descriptions — this is what really shows how good your mobile application is.

But ratings and reviews are important not only directly because of rankings. Actually, the users read them before downloading the app.

The better the ratings are, the more likely it is that next users will install your app. So, don’t be afraid to encourage the users to rate your app. If only you ask for it at the right moment, it’ll probably turn out to be a golden shot.

External links matter only for Google Play — they will not directly influence your iTunes App Store position. This is not a reason to neglect this factor in iTunes, though. Getting more links means more visits on your App Store page. If your page is interesting enough, the visits bring and more downloads, as a result of which, your app store ranking goes up.

Another factor that influences Google Play rankings exclusively. But again, it’s something that you shouldn’t ignore in iTunes App Store.
For the users, high uninstall rate means there must be something wrong inside your app.

Ask your users and friends:

What’s wrong with the app?
Are they getting bored with it?
Is it not meeting their needs?
Maybe it crashes too often?

Find the problem and try to solve it. Remember it’s barely possible to win a user back, once he tried your app and uninstalled it. Also, he will probably discourage his friends from giving your app a try…

This factor is very important in both app stores. The number of active users not only influences your app store rankings, but it also has a big impact on app reviews, referrals and it’s value.
Make sure you activate your users with good app onboarding and keep them active with push notifications, automated e-mails, and cool features.

There are two major things that fulfill the list above.
First and most important — if your users don’t like your app, your positions will drop for sure . Make sure you don’t just focus on optimising your app store page to make your users download your mobile application. App Store Optimisation doesn’t work if the app itself is not optimised.Care about optimising your app inside. Make the users love it, use it, come back to it, and recommend it to their friends. Simple as that.

Second thing is your ASO Consistency. Optimising your app (and obviously your app store page) is a continuous process, that depends on many correlating factors. If you just optimise your app once and leave it as it is, it’ll surely fail. Also, If you optimise it only partly, leaving e.g., your in-app ASO “for later”, your efforts probably won’t bring the desired results. If you want to succeed with your ASO, there’s no place for half-measures. You just truly optimise it or not. And — believe me — you’d better do.