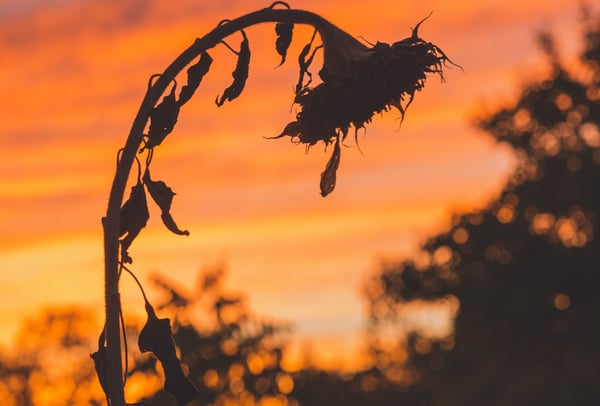 How many mobile apps do you have on your phone?

How many of them do you use?

Which of the apps would you miss if they stopped working right now?

Some would say mobile apps are dead. We’re bored and overwhelmed; we crave simplicity.
Study shows that most users frequently use only three apps, while other apps are downloaded either for a specific task or just installed, forgotten, and eventually deleted.

Low retention is one of the biggest problems for mobile apps developers. Around 80% of users never come back to an app after first few days of using it.
Apps that are not only installed but also used most are mainly focused on communication. 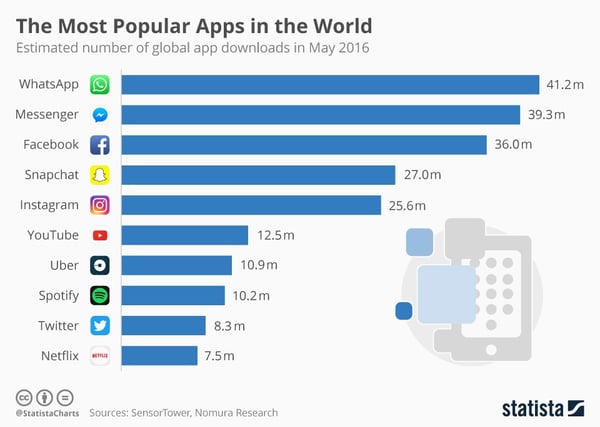 You will find more statistics at Statista

Looks like what we really want from our phones is what they were made for - communicating with other users.

Does it mean we need to change the way we think about applications and their purpose? Should we focus on enhancing communication instead of creating apps that are good for a limited group of users and for a limited time? Not necessarily. Those mobile apps are still installed and used, but as we observe the latest Apple actions towards making communication more interesting, we can assume more interaction and simplicity will be the trend for the nearest future.

In iOS 10 Apple opened up iMessage to the App Store, creating space for developers to release apps that can make communication between users richer with games, stickers, photo editing, polls and much more. Thanks to this move, you don’t have to get out of the iMessage app to use extra features of other apps, you can do it all in one place, and so far, users are thrilled. iMessage apps installs are skyrocketing and regular apps that released iMessage apps are seeing a huge increase in users numbers.

It’s hard to estimate right now if the hype is going to last, but if we’re heading towards simplicity, the current trend of downloads probably won’t last very long. We can assume that, at some point, users will get less excited about hundreds of new stickers and they probably will stick to using only the most useful apps offered by iMessage App Store. Think of the purpose.

How useful is the app for the users?
How often would they use it?
Is it something that improves communication or something that makes it difficult to read?

It doesn’t mean that every mobile app needs to be useful — after all, games are among the most used applications, so fun may be considered as important purpose as productivity (but only to the point it’s not distracting users from their main goal- communication.) Keeping the right balance may be essential to stay on users’ devices and keep the retention high.

New approach of the Giants

In September 2016, Apple event was different than previous ones. For some, it was different because nothing really innovative was presented… But there’s a deeper layer to that event that’s probably interesting for the majority of developers.
It was the first so much user-oriented Apple event. Of course, all Apple events were always focused on users and their experience. But this time it was much more visible, that it’s not only Apple that should shift a mindset more towards the user needs — it’s also about developers. If you were not happy with the event, try to watch it once again with this approach. There is a change happening right now, and you shouldn’t ignore it.

Simplicity is the key. Users want quick, simple solutions, easy access, fast consumption. It’s easy to guess why this is the way application world is evolving. There’s too much everything. Too many apps, too many images, too much information we have to go through during the day, too many incentives, too much switching between screens or split screens. It’s hard to keep sane surrounded with all that. Look at Snapchat stories — we don’t even want to save pictures anymore, we just want to see, consume and forget.

It may not be that obvious, but there’s a connection between what Apple did and what Facebook is doing lately, dividing Facebook app to smaller, simpler apps for particular use (events, communication, etc). Although Apple lets you keep everything related to your iMessage in one place and Facebook is dividing it across a few applications, it seems that — despite different approach — the principals are quite similar.

It’s all about making users’ life less complicated.
Isn’t it what it all should be about anyway?